on April 07, 2020
Back in 2012, we noted with great interest an advisory posted by the National Weather Service. It noted the start of Michigan's Warmest Weather in over a century. 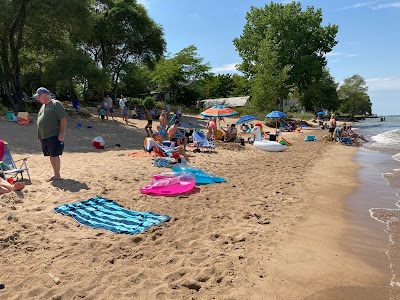 The 2012 growing season has started in Southeast Michigan, about 5 weeks ahead of schedule.  Therefore, the National Weather Service for  Detroit/Pontiac office will start issuing frost advisories and freeze warnings as conditions warrant.

The string of warm weather in March is unprecedented. The National Weather Service noted that


This stretch of warm weather comes on the heels of Detroit's 5th warmest winter on record, the 12th warmest autumn, and a summer which featured July as the hottest month ever recorded in Detroit.

The National Weather Service noted that it had to go back 125 years, to 1886, to find an early-season warm spell that compares. The 1886 record occurred in April, a full month later. Needless to say, this stretch of nine consecutive 70 degree days already represents Michigan's warmest weather and a new March record for Detroit, Flint, and Saginaw.


Fast forward to July 2019. The average global temperature in July was 1.71F above the 20th-century average of 60.4 degrees, making it the hottest July in the 140-year record, according to scientists at NOAA’s National Centers for Environmental Information. The previous hottest month on record was July 2016.

If You Really Like to BBQ, Thank Henry Ford!
Crazy and Homey Tales From the Cabins in the Porcupine Mountains
Work Underway to Restore Historic Sawmill at Belle Isle Park
10 Things You Didn't Know About Owning a Cabin In Michigan